THIS DAY IN HISTORY

A srtong sense of nationalism and opposition to French colonial rule led to the Algerian Revolution on 1st November 1945. 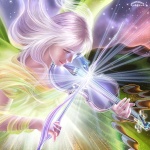 November 06
1860: Abraham Lincoln elected president of the United States.
On this day in 1860, Americans elected as their president Abraham Lincoln, whose victory led to the secession of Southern states and the long and bloody Civil War that lasted until 1865 and ended slavery in the U.S.

1861: In a battle during the American Civil War, Federal troops ousted the Confederates from Salem, Missouri.
[center]

December 10, 1901
Nobel Prizes first awarded.
The first Nobel Prizes were distributed on this day in 1901, the fifth anniversary of the death of Swedish industrialist Alfred Bernhard Nobel, the inventor of dynamite, who founded and endowed the awards through his will.

December 18 1965 : Slavery abolished in the United States
On this day in 1965, by proclamation of the U.S secretary of state, the Thirteenth Amendment to the Constitution, outlawing slavery, officially entered into force, having been ratified by the requisite states on December 6.

You are very welcome Asma.

The Union of Soviet Socialist Republics, formed this day in 1922 with its capital in Moscow, eventually incorporated 15 republics and constituted (in area) the largest country in the world until its dissolution in 1991.

Lessons to be learnt: "But after them there followed a posterity who missed prayers and followed after lusts, soon then will they face destruction." Holy-Quran: 19-59.

The great victory of Muslim Ottoman Turks in Constantinople on the 29th of May, 1453 and the great impact it had on the world of Christianity led to a harsh reaction and an ever increased resurgence of the crusading spirit in Europe and prompted a determination in Spain to finally complete the reconquest by taking the last area of unconquered Muslim (Moorish) territory in the Iberian peninsula.

For the Catholic monarchs, Ferdinand and Isabella, who had to fight for Isabella’s Castilian throne, also disputed by Juana and Alphonso V of Portugal, increased the will of the first ones to seize the opportunity to confirm their authority by being the national heroes of this victory.

King Ferdinand and Isabella gave their assent , those Muslims who wished to leave should do so , that they should go when and whither they wished , and they should be allowed to pass unhindered , the Muslims were to hand over all the Christians captives and above all those Christians who had up to that time become Muslims.

So Granada capitulated on the 02nd of January 1492 , when the keys of the Alhambra were handed by Abu Abdullah ( Boabdil) who was accompanied by some of his "knights" with the keys of the city in his hands , and according to European Historians he tried to dismount from his horse in order to kiss the king’s hand , but the king had not allowed it , the Moorish king kissed Ferdinand on the arm and gave him the keys , saying : " Take the keys of your city , for I and the "men" who are within , are your vassals."

As he left the city, Abu Abdullah paused to look back at the Alhambra palace; he burst into tears, his wise mother "Aycha" stood beside him and in such heart-stricken reply she said

The spot whence Abu Abdullah took his sad farewell look at the city from he was banished for ever, bears this day the name of (in Spanish): "El ultimo sospiro del Moro" or "the last sigh of the Moor".

In the aftermath of this tragedy, the defeated Muslims well left to their fearful fate, but the growing influence of the zealous Cardinal Cisneros, Isabella’s confessor after 1492, gradually displaced that of the more tolerant Archbishop Talavera of Granada, her former confessor.

As a result of this turn, mass conversions more forced by the sword than voluntary and Inquisition courts followed, increased evangelization, properties and libraries burning and lack of tolerance led to a revolt in the Albaicin in 1501.

A year after, came a decision to impose on Muslims a choice between exile and conversion to Christianity, that was the sad fate of Muslims in Spain who neglected God’s commands and orders and were divided into small kingdoms , weakened by chronic infighting , treacherous double-dealing and internal decadence and fighting each other for worldly gains, they sought the help from mercenaries from amongst the Christians, therefore , ending nearly eight centuries of Muslim rule and closing one of the most turbulent and glorious chapters in Islamic History.

What a good lesson to reflect on...

Do you know wolfy that this day is a historical day in which REAL DE MADRID won COUPE DEL RAY and the victim was his enemy FC BARCELONA because REAL DE MADRID didn't win the cup since 1993. 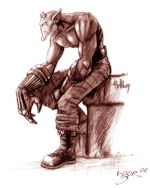 
On this day in 1965, Edward H. White II emerged from the orbital spacecraft Gemini
4 during its third orbit and floated in space for about 20 minutes,
thus becoming the first American astronaut to walk in space. 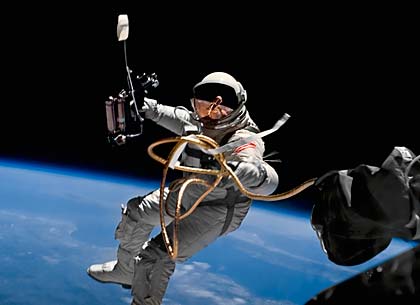 
British Conservative Prime Minister Margaret Thatcher, buoyed by victory in the Falkland Islands War and by deep divisions within the opposition Labour Party, was easily reelected to a second term in office this day in 1983. 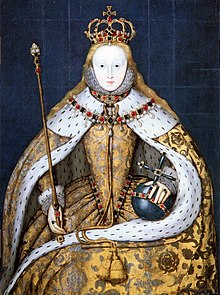 Jan 16, 1919:
Prohibition of Alcohol in the USA takes effect

The 18th Amendment to the U.S. Constitution, prohibiting the "manufacture, sale, or transportation of intoxicating liquors for beverage purposes," is ratified on this day in 1919 and becomes the law of the land.

The movement for the prohibition of alcohol began in the early 19th century, when Americans concerned about the adverse effects of drinking began forming temperance societies. By the late 19th century, these groups had become a powerful political force, campaigning on the state level and calling for total national abstinence. In December 1917, the 18th Amendment, also known as the Prohibition Amendment, was passed by Congress and sent to the states for ratification.

Prohibition took effect in January 1919. Nine months later, Congress passed the Volstead Act, or National Prohibition Act, over President Woodrow Wilson's veto. The Volstead Act provided for the enforcement of prohibition, including the creation of a special unit of the Treasury Department. Despite a vigorous effort by law-enforcement agencies, the Volstead Act failed to prevent the large-scale distribution of alcoholic beverages, and organized crime flourished in America. In 1933, the 21st Amendment to the Constitution was passed and ratified, repealing prohibition.

On February 14 around the year 278 A.D., Valentine, a holy priest in Rome in the days of Emperor Claudius II, was executed.

Under the rule of Claudius the Cruel, Rome was involved in many unpopular and bloody campaigns. The emperor had to maintain a strong army, but was having a difficult time getting soldiers to join his military leagues. Claudius believed that Roman men were unwilling to join the army because of their strong attachment to their wives and families.

To get rid of the problem, Claudius banned all marriages and engagements in Rome. Valentine, realizing the injustice of the decree, defied Claudius and continued to perform marriages for young lovers in secret.

When Valentine's actions were discovered, Claudius ordered that he beput to death. Valentine was arrested and dragged before the Prefect of Rome, who condemned him to be beaten to death with clubs and to have hishead cut off. The sentence was carried out on February 14, on or about the year 270.

Legend also has it that while in jail, St. Valentine left a farewell note for the jailer's daughter, who had become his friend, and signed it"From Your Valentine."

For his great service, Valentine was named a saint after his death.

In truth, the exact origins and identity of St. Valentine are unclear. According to the Catholic Encyclopedia, "At least three different Saint Valentines, all of them martyrs, are mentioned in the early martyrologies under the date of 14 February." One was a priest in Rome, the second one was a bishop of Interamna (now Terni, Italy) and the third St. Valentine was a martyr in the Roman province of Africa.

Legends vary on how the martyr's name became connected with romance. The date of his death may have become mingled with the Feast of Lupercalia, a pagan festival of love. On these occasions, the names of young women were placed in a box, from which they were drawn by the men as chance directed. In 496 AD, Pope Gelasius decided to put an end to the Feast of Lupercalia, and he declared that February 14 be celebrated as St Valentine's Day.

Gradually, February 14 became a date for exchanging love messages, poems and simple gifts such as flowers.