I need an answer plz !

I need an answer plz !

what is an ultimate truth . does it exist .

nah man it hasn't been and it will not brother cause we are between snakes who hides the truth at all we can't bro ok so stay tuned and keep youe head up .

What's truth? If you can find what's truth you might flow towards the Ultimate truth! If you say that someone's hiding it, it means that this one has already found it and that's not the case.

There's no ultimate truth since we have different visions, opinions, interpretations for the same action.Whose opinion is true in this case????.Just look around you nothing is absolute, even the existence of God (in which we strongly believe) there are those who deny it.
That's a humble opinion, hope I haven't been misleading

.
Anyway that's another proof of what I've said.We don't share the same opinion!

Actully,we don't have"ultimate truth",at least we don't know it since no one has reash it yet.Human being in this life is searching for this truth even if it isn't clear to every one since each one has his/her point of view,different perspective.I hope i was clear.

.we have differnt perspectives, differnt way of seeing things,

Ladies and gentlemen, not to know a thing doesn't mean it doesn't exist! I do believe the Ultimate truth exist. I didn't want to answer in the first place to see what your definitions of the ultimate truth are, but surprisingly no one defined it. How can we talk about something when we don't know what is it? We can do it but it's gonna be a shot in the dark. I suggest to define the term before going further. Think always about making sure you mean the same thing as your interlocutor because language is not that easy! That's just a simple advice with all my respect

i am with you dude hush and i can add this
The ultimate Truth is the answer to the question of where everything came from. The ultimate Truth succeeds in explaining where everything came from, as you will see, by redefining existence itself: existence, as both a term and a concept, will be approached from a new angle that succeeds in solving the paradoxes commonly associated with the Big Bang. As part of the first step in understanding the ultimate Truth, we are to envision in our minds a model. This model consists of a ball resting on top of a post. This is portrayed in the top illustration to the right. Next, picture the ball jumping up and down upon the stationary post. This is portrayed in the bottom illustration to the right. The ball follows a straight path upward as it rises, as displayed in the illustration, and follows a straight path downward as it returns to the post.

the ultimate truth is "god" n it cant be discovered until the day ov judgement .peace! 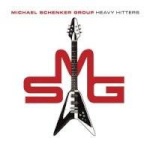 Sticking to your question about the ultimate truth, I've posted question some where on the net waiting for an answer for this question. Being totally ignorant about what is the ultimate truth and whether it exists or not, I asked someone to help me understand it and here come the reply. I quote what I've received as an answer. It may help us understand and carry on our talk.

In islam there is the philosophy called al- Qadr wa qadar. This philosphy refers to the total knowledge that there is in the universe and beyond. The term means roughly " destiny and decree". This term has, like the believer, and inner and outer realm. That is to say that there is knowledge that is kept hidden from ordinarly human beings. It is my opinion that " ultimate truth" falls within this category. There is the amount of truth and knowldege, granted to us muslims through the Qur'an and the sunnah of the Prophet Mohammed (sws). As well as truth and knowledge to be found from studying the world around us. Then there is extra knowledge that is beyond the realm of our five senses and that is beyond our investigation and study of the physical world and religion.
So my answer is yes there is such a thing as ultimate truth... I hope that I have helped."

I agree . What we need to know have been stated clearly in the Qur'an as well as in the Sunah. Allah asks us to believe firmly, and our prophet peace be upon him said " الايمان ان تؤمن بالله وملائكته وكتبه ورسله واليوم الاخر والقضاء والقدر

What's the ultimate truth first? what are the different views to it? does it exist? These are the question asked and to answer such a question ( and any other question, we should have a methodology. Don't forget that to be scientific in thinking is to follow a method ( whatever it be, since even chaos has a method). I am going to be chronological in my answer and this is but an attempt to bring a beam of an answer.

The Ultimate Truth is a concept as old as humanity, Plato thought it's what exists in the world of being, i.e the world where everything is real, since he believed our world to be but a shadow to the world of being. Hence it was thought that there is a meaning behind our meanings that's the pure reality and not only a shadow of it. The we can say that from that age up to the modern one the concept of the Ultimate Truth existed but was named differently. We named it then the Logos. The Logos is the meaning of all meanings, the signifier to all signifiers, the beginning and the end! This concept is found in different civilisations, the Persian, Indian, Egyptian, Greek and so on. The concept of the Ultimate Truth developed, or was adapted by Christians to mean God or Jesus. The Ultimate Truth then meant God since from him every thing is. Most modernists doubted the existence of a transcendent truth that is an Ultimate one, the Truth and some of them went up to denying it completely and so are the Nihilists. They even claimed that Truth is but a point of view. Others tried to demystify the ultimate truth and make it ascendent, they tried to bring truth to our world (The opposite of what the ancient did, it's a paradigm shift in the thinking of the human mind). Now most thinkers are agnostic i.e they claim that knowing the existence of an Ultimate Truth is impossible though it may exist!

What I believe is that the Ultimate Truth exists, but first I have to give my definition to it, for me it's the real meaning of God's creation, it's the aim and purpose, the cause and effect, the being and becoming of what's created. I don't believe it's God since God's neither a truth nor an ultimate one, he's different from whatever our thinking reach, beyond human thinking and reason. So he's not the Ultimate Truth but the one who knows the Ultimate Truth. I believe the Ultimate Truth cannot be discovered by a human being, neither by reason nor by meditation. It can be communicated to the Human being in one form only, in revelation only. I believe that Adam was given a tiny knowledge about it, and even the angels don't know about it save what God has told them.

I hope I was not drifting in vaccum.