The meanings of week's days

The meanings of week's days

Sunday = day of the sun

Monday = day of the moon

Tuesday = the god of war day

Wednesday = the king of gods day

Thursday = the god of sky day

Friday = the god of love day 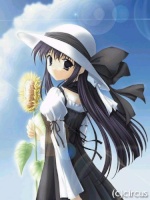 Thank You For The Information MaGGie !! 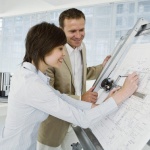 Tiu (Twia) is the English/Germanic god of war and the sky. He is identified with the Norse god Tyr.

Woden is the chief Anglo-Saxon/Teutonic god. Woden is the leader of the Wild Hunt. Woden is from wod "violently insane" + -en "headship". He is identified with the Norse Odin.

Mercury is the Roman god of commerce, travel, theivery, eloquence and science. He is the messenger of the other gods.

Hermes is the Greek god of commerce, invention, cunning, and theft. He is the messenger and herald of the other gods. He serves as patron of travelers and rogues, and as the conductor of the dead to Hades.

Thor is the Norse god of thunder. He is represented as riding a chariot drawn by goats and wielding the hammer Miölnir. He is the defender of the Aesir, destined to kill and be killed by the Midgard Serpent.
Jupiter (Jove) is the supreme Roman god and patron of the Roman state. He is noted for creating thunder and lightning.
Zeus is Greek god of the heavens and the supreme Greek god.

Freo is identical with freo, meaning free. It is from the Germanic frijaz meaning "beloved, belonging to the loved ones, not in bondage, free".

Freya (Fria) is the Teutonic goddess of love, beauty, and fecundity (prolific procreation). She is identified with the Norse god Freya. She is leader of the Valkyries and one of the Vanir. She is confused in Germany with Frigg.

Frigg (Frigga) is the Teutonic goddess of clouds, the sky, and conjugal (married) love. She is identified with Frigg, the Norse goddess of love and the heavens and the wife of Odin. She is one of the Aesir. She is confused in Germany with Freya.

Saturn is the Roman and Italic god of agriculture and the consort of Ops. He is believed to have ruled the earth during an age of happiness and virtue.

Cronus (Kronos, Cronos) is the Greek god (Titan) who ruled the universe until dethroned by his son Zeus.

I'm just wondering, if they have a monotheist religion, howcome all of their weekdays are the names of other gods?