I hope you are having a good vacation

Well..I have some questions in Grammar and I need some help from you guys.. grammar can be very complicated science especially if you want to go "deeper", which is the case here!

I will be very grateful for your help
thanks ahead

HI MAJID try this www.learnenglish.de/grammarpage.htm you may find what you need 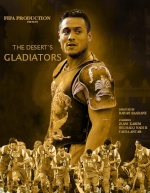 Hi
ok lets start with verbs.Verbs in english language are classified according to diffrent criteria : the possibility of admitting progrssive aspect;the structure,complementation and the functions of items.
According to the first criterium:" the possibility of admitting progrssive aspect" we have stative verbs and dynamic verbs.
Stative verb is a verb that does not accept the progressive aspect that is to say it does not occur in continuous tenses, for example the verb "to understand " we can't say "i am understanding ".Stative verbs are the verbs that show the status or conditions ,examples of these verbs:hate, love, know,need owe,deserve,etc.
Dynamic verb is a verb that doesn't have this restriction ie it accepts the progressive aspect.Dynamiv verbs show the action or the change of status, example "to learn" we can say "i m learning english"

According to the second criterium"complementation " we have" intensive" and "extensive" verbs.
Intensive verbs are verbs that connect the subject with its complement "S with its C" that s why sometimes they are refered to as " linking verbs ".These verbs should have the pattern "SVA"or" SVCs"
For example when we say " she is lovely "S VCs"
Extensive verbs are classified into transitive verbs and intransitive
Intransitive verbs are verbs that require no object ( they can stand by themselves) they have the pattern SVexample"the baby cried" or "i m singing"(so there is no need to say im singing a song "
Transitive verbs are verbs that require an object they do not make complete sense themselves and they are devided into:mono-transitive, di-transitive and complex transitive.
Mono transitive: a verb that requires one object(SVO) example:"he broke the window"
Di-transitive: requires 2 objects direct object (Od) and indirect one(Di) (SVOO)example:"she sent me an email"(me is the direct object and an email is the indirect one)
Complex transitive it requires an object and complement(SVOC)example"he found the film boring"
(the film is the O and boring is the C)

Hello,
I''d like to add a few points after Black_White. I hope that helps you a bit.

Glorious, I think what you meant to ask is the difference between Nominal Relative clause and relative (Adjectival) clause, for it is more accurate to call the "that element" which introduces that nominal clauses, a conjunction rather than a relative pronoun. Consider this example: I told her that I am ill, that-clause here is "that I am ill" and is introduced by the conjunction "that" not the relative pronoun "that", otherwise we can simply substitute it by which/what... The same with: That she is absent is a relief and I am certain that tomorrow will be better.
So let's give definitions to the following: That Nominal clause and Relative Nominal Clause and contrast it with the Relative (Adjective) Clause.
Nominal relative clauses and nominal that-clause both are nominal clauses, that is to
say subordinate clauses that function as noun phrases.

I'll give you this link, it explains the clauses beginning with "that" : Click here

glourious wrote:second: what's the difference between: --intensive and extensive verbs?

glourious wrote:Third: what's Verbals?
( and if it's possible to use simple examples)

The verbals are made of verbs but have the function of: nouns , adjectives and adverbs (they don't function as verbs). They are of three types:

1- Gerund (functions as nouns only), E.g. Studying French is what she chose
2-Participles (Present and Past) funtion as adjectives only. E.g. President Bush' s written speech is ethereal. The shouting baby is annoying me.
3- Infinitive (funtions as noun, adj and adv). E.g. It is helpful to see a psychiatrist

well..that makes it crystal clear to me. what can I say...glad to

have you here..thanks a lot