Poe, Fuller, And the Mesmeric Arts: Transition States in the American Renaissance

Through the works of Poe and Fuller, Mills argues, we can more fully understand the era’s response to dynamic cultural forces. Rather than simply using “American” subject matter as demanded in early calls for a national literature, Poe and Fuller, as well as Lydia Maria Child and Walt Whitman, increasingly rooted their epistemology and literary forms in psychological findings that accommodated the fluidity of democratic realities and principles. For many influential writers of the period, then, the call for a national literature had evolved into attention to the state of one’s own mind, to those manifestations of the highest states of mind, and to the effects of literary choices on readers’ psychological states. In the history and philosophy of mesmeric consciousness, Poe, Fuller, and others discerned those principles that offered the promise of answering a central question: how does one create an aesthetic that effectively explores, accommodates, and fosters the harmonious interplay of transition states in a democratic culture?

'Puritan' was originally a term of contempt, and 'Puritanism' has often been stereotyped by critics and admirers alike. As a distinctive and particularly intense variety of early modern Reformed Protestantism, it was a product of acute tensions within the post-Reformation Church of England. But it was never monolithic or purely oppositional, and its impact reverberated far beyond seventeenth-century England and New England. This Companion broadens our understanding of Puritanism, showing how students and scholars might engage with it from new angles and uncover the surprising diversity that fermented beneath its surface. The book explores issues of gender, literature, politics and popular culture in addition to addressing the Puritans' core concerns such as theology and devotional praxis, and coverage extends to Irish, Welsh, Scottish and European versions of Puritanism as well as to English and American practice. It challenges readers to re-evaluate
this crucial tradition within its wider social, cultural, political and religious contexts.

In its more than three decades of existence, the discipline of American studies has been reliably unreliable, its boundaries and assumptions forever shifting as it continuously repositions itself to better address the changing character of American life, literature, and
culture. American Mythologies is a challenging new look at the current reinvention of American studies, a reinvention that has questioned the whole notion of what "American"—let alone "American studies"—means. Essays in the collection range widely in considering these questions, from the effect of Muhammad Ali on Norman Mailer's writings about boxing to the interactions of myth and memory in the fictions of Jayne Anne Phillips to the conflicted portrayal of the American West in Cormac McCarthy's novels. Four essays in the collection focus on Native American authors, including Leslie Marmon Silko and Gerald Vizenor, while another considers Louise Erdrich's novels in the context of Ojibwa myth. By bringing together perspectives on American studies from both Europe and America, American Mythologies provides a clear picture of the current state of the discipline while pointing out fruitful directions for its future.

Published in 1884, Huck Finn has become one of the most widely taught novels in American curricula. But where did Huckleberry Finn come from, and what made it so distinctive? Shelley Fisher Fishkin suggests that in Huckleberry Finn, more than in any other work, Mark Twain let African-American voices, language, and rhetorical traditions play a major role in the creation of his art. In Was Huck Black?, Fishkin combines close readings of published and unpublished writing by Twain with intensive biographical and historical research and insights gleaned from linguistics, literary theory, and folklore to shed new light on the role African-American speech played in the genesis of Huckleberry Finn. Given that book's importance in American culture, her analysis illuminates, as well, how the voices of African-Americans have shaped our sense of what is distinctively "American" about American
literature. Fishkin shows that Mark Twain was surrounded, throughout his life, by
richly talented African-American speakers whose rhetorical gifts Twain admired candidly and profusely. A black child named Jimmy whom Twain called "the most artless, sociable and exhaustless talker I ever came across" helped Twain understand the potential of a vernacular narrator in the years before he began writing Huckleberry Finn, and served as a
model for the voice with which Twain would transform American literature. A slave named Jerry whom Twain referred to as an "impudent and satirical and delightful young black man" taught Twain about "signifying"--satire in an African-American vein--when Twain was a
teenager (later Twain would recall that he thought him "the greatest man in the United States" at the time). Other African-American voices left their mark on Twain's imagination as well--but their role in the creation of his art has never been recognized. Was Huck Black? adds a new dimension to current debates over multiculturalism and the canon.
American literary historians have told a largely segregated story: white writers come from white literary ancestors, black writers from black ones. The truth is more complicated and more interesting. While African-American culture shaped Huckleberry Finn, that novel, in turn, helped shape African-American writing in the twentieth century. As Ralph Ellison commented in an interview with Fishkin, Twain "made it possible for many of us to find our own voices." Was Huck Black? dramatizes the crucial role of black voices in Twain's
art, and takes the first steps beyond traditional cultural boundaries to unveil an American literary heritage that is infinitely richer and more complex than we had thought.

Thank you so much Sir . May Allah reward you with the best .

This cutting-edge Companion is a comprehensive resource for the study of the modern American novel. Published at a time when literary modernism is being thoroughly reassessed, it reflects current investigations into the origins and character of the movement as a whole. Brings together 28 original essays from leading scholars
Allows readers to orient individual works and authors in their principal cultural and social contexts Contributes to efforts to recover minority voices, such as those of African American novelists, and popular subgenres, such as detective fiction Directs students to major relevant scholarship for further inquiry Suggests the many ways that “modern”, “American” and “fiction” carry new meanings in the twenty-first century

* Considers commonly studied authors such as Faulkner, Fitzgerald, and Hemingway,
alongside key texts of the period by Richard Wright, Charles Chesnutt, Zora Neale Hurston, and Anzia Yezierska
* Examines how the works of these diverse writers have been interpreted in their own day and how current readings have expanded our understanding of their cultural and literary significance
* Covers a broad range of topics, including the First and Second World Wars, literary language differences, author celebrity, the urban landscape, modernism, the Jazz Age, the Great Depression, regionalism, and African-American fiction
* Gives students the contextual information necessary for formulating their own critiques of classic American fiction

A Man's Game explores the development of American literary naturalism as it relates to definitions of manhood in many of the movement's key texts and the aesthetic goals of writers such as Stephen Crane, Jack London, Frank Norris, Edith Wharton, Charles Chestnutt, and James Weldon Johnson. John Dudley argues that in the climate of the late 19th century, when these authors were penning their major works, literary endeavors were widely viewed as frivolous, the work of ladies for ladies, who comprised the vast majority of the dependable reading public. Male writers such as Crane and Norris defined themselves and their work in contrast to this perception of literature. Women like Wharton, on the other hand, wrote out of a skeptical or hostile reaction to the expectations of them as woman writers. Dudley explores a number of social, historical, and cultural developments that catalyzed the masculine impulse underlying literary naturalism: the rise of spectator sports and masculine athleticism; the professional role of the journalist, adopted by many male writers, allowing them to camouflage their primary role as artist; and post-Darwinian interest in the sexual component of natural selection. A Man's Game also explores
the surprising adoption of a masculine literary naturalism by African-American writers at the beginning of the 20th century, a strategy, despite naturalism's emphasis on heredity and genetic determinism, that helped define the black struggle for racial equality.

Thanks a lot Hush. 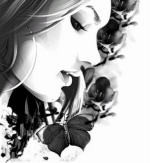 oh my GOD hush ,i did not see it before .it is so great ,also you bothered yourself and wrote the summary .thanks a lot

Hello Bilinda, you're welcome and it's not me who made the summaries, they are made by the houses of publication I believe.

You just click on the movement you need to know about and everything will be clear for you.

Thank you Hush, it's a wonderful site.

Hi, it's amazing Hush. Thank you so much, you see we are lost without you.

thanks for the site

thank u Hush and May Allah reward u with the best

Thanks a lot forthe great post. Would you please check the link of "a concise companion to american fiction"?. I couldn't find the book elsewhere.

Here's the link for a full free video course of:


"The American Novel Since 1945" by professor: Amy Hungerford, Yale University 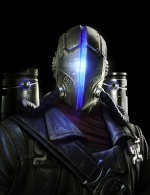 wonderland20 wrote:Thanks a lot forthe great post. Would you please
check the link of "a concise companion to american fiction"?. I couldn't
find the book elsewhere.

I just saw your post my dear wonderland. Here is your book: