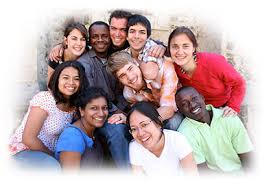 When you are teaching a class of students from all over the world (or even from the same country) , you are bound to run into cultural clashes from time to time.


A clash may come because one nationality has a bad historical relationship with another culture. A clash can come because of
differences in cultural values; what is culturally appropriate in one culture may be highly inappropriate in another. You may even end up with classroom conflict because your students have misunderstood each other through the common barrier of the English language. Whatever the reason, you can overcome cultural clashes if you remain calm and address the situation in a sensitive and careful manner.

I- Have a Chat The first thing you will need to do when overcoming a cultural clash between students is to understand why each of your students is upset. Have a short sit down with each of the people involved, the offended and the offender, separately. Discuss what happened or did not and what offended the student. Try to see the situation from each person’s perspective. Because you are an ESL teacher and have worked with internationals, you are probably able to look at a given situation through the eyes of another’s culture. You know that values differ among different people groups and that certain innocent behaviors may be offensive to a particular group of people. (For example, it is offensive for either a man or a woman to cross his or her legs in Thailand because pointing, even with the foot, is offensive.) With the person who offended the other, you may want to try to understand her intentions behind her actions. This may be especially important if the clash came about because of a language difficulty. If you can understand your student first, you may be able to explain that to the other student. When you are having these one on one discussions with your students, take a warning. You may initially have a difficult time getting your students to open up and be honest with you. In some cultures, it is inappropriate for a student to have that type of conversation with a teacher, especially if the student thinks he may be criticizing his teacher. Help your students know from the beginning that is it okay for them to share with you their honest thoughts and feelings, and that this type of honesty will not affect their grades.

II- Take it to the Class Once you have had individual conversations with your students involved in the conflict, your next step is to take a more generalized version of the issue to the class.For example, if the conflict arose from one person crossing her legs and pointing at another, you may want to bring the topic of body language to your class for discussion. Set aside some time, or integrate it into what you have already planned, to give a lesson on culture.Help your students understand the value differences between cultures. Be careful not to bring unnecessary attention to the specific students involved in the initial conflict, but address the issue from a global perspective. Look at it from many different angles and many different viewpoints. Keep your classroom open and nonthreatening by allowing all of your students to weigh in on whatever topic you are discussing. You can do this by preparing some discussion questions on the topic or issue that caused the conflict. Allowing your students to discuss the situation among themselves in a friendly manner will be even more effective than having the teacher up front lecturing on the issue. Though it may be risky, you can even group students by nationality for the discussion, and then ask each group to share with the class what they learned or could articulate about their home culture. Culture is such an ingrained part of who each individual is that we are often not even aware of our cultural values. Think of culture like an iceberg – you can only see a small portion of it above the water, but the largest part is hidden under the water.Grouping students by nationality can help them understand themselves aswell as one another. Remember, throughout the class discussion and activities, you should not bring up the incident that caused the initialconflict or the students who were involved in it.

III- Make Up You will have to judge at this point whether you will have to further address the conflict through a combined discussion with the involved individuals. If this is necessary, schedule a time completely separate from class for the three of you to sit and talk together. During this discussion, you should take the role as facilitator of the discussion.Part of this job is to make sure each of the students understands what the other means and not just the words he or she says. You may need to give your students permission to agree to disagree if no resolution can be achieved. In the best of circumstances, your students will walk away having resolved their conflict and increased their understanding of one another’s culture.
You do not have to panic the next time a cultural clash storms its way into your classroom.


If you have open communication with your students helping them understand one another, you will be surprised at the good that can come from a problematic situation. Keep your cool, be honest and patient, and a cultural clash may end up being a cultural class. Thank you for sharing sassy

Thank you miss, that was very pertinent