Blida Department of English: Free Stand to Stand Free :: The English Department :: Everything About the Modules :: Forth year

Here it is the short story, The Sacrificial Egg of Chinua Achebe that we, fourth year students, are going to study it in African Literature, enjoy it! 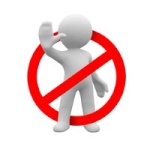 You are welcome, mates, and sorry for the mistake which was in the story, now it is okay.

Chinua Achebe's short story "The sacrificial Egg" illustrates the life of a young African native Julius Obi, and the arising conflicts between two cultures. This short story takes place in a very small village in Africa, called Umuru in the mid 1900's. This young African Native, although no native of Umuru finds himself trapped between his own culture, beliefs and the westernized culture. Although Julius has embraced the western culture, after certain events he eventually finds himself coming back to his own beliefs. Achebe, uses these two very different cultures to demonstrate the clash it produces in this young men's life and, how no matter how hard he has embraced the western culture he was always going to go back to his own beliefs. The small African village in this story has being taken over by the western culture. Westernization is shown in the beginning of the story.

"Julius Obi sat gazing at his typewriter." "There was an empty basket on the giant weighing machine." In these two quotes the typewriter and the weighing machine, odd objects for the African native of this village show perfectly how this town has being westernized. "Julius Obi was not a native of Umuru. He had come like countless others from some bush village island. Having passed his Standard Six in a mission school he had come to Umuru to work as a clerk in the offices of the powerful European trading company .."This quote shows how Julius has himself being westernized. Westernization wasn't welcomed by many of the Umuru natives. The natives had long prayed for their town to prosper and grow

"The strangers who came to Umuru came for the trade and money, not in search of duties to perform.." This shows that people who now came to town, came strictly for business and money, which tells the reader how the town isn't what it used to be. "And as if it did not suffice, the young sons and daughters of Umuru soil, encouraged by schools and churches were behaving no better than the strangers. They neglected all their old tasks and kept only the revelries." This show how even the young ones of this village have being westernized to the point, where they completely neglect their own traditions and beliefs. The small African village located on the bank of the river Niger has a story of its own, that only the old and wise are able to describe. In its own time this village was a market, called Umuru.

During one particular day called the Nkwo day, a deity would cast a spell which called men and women from the four corners of the world to come buy and sell products. "It was said that she appeared in the form of an old woman in the center of the market just before cock-crow and waved her magic fan in the four directions of the earth-in front of her, behind her, to the right and to the left- to draw to market men and women from distant places." This quote comes to show how these traditions and beliefs were once born in this village. It also shows that these traditions go far back to ancient myths. "The market, tough still called Nkwo, had long spilled over into Eke, Oye and Afo with the coming of civilization and the growth of the town into a big palm oil port." This quote in particular shows that even if this market has being westernized, people who live there still believe in their traditions. There are two characters in particular who have both learned to accept westernization without putting their own beliefs aside.

One of them is Ma, the mother of Julius's bride to be. Although Ma has been westernized trough the conversion of religion she still holds respect for what happens in the village, like Kitikpa. "Such was the state of the town when Kitikpa came to see it and to demand the sacrifice the inhabitants owed the gods of the soil". Kitikpa was an evil deity. "Ma explained to him very gently that he should no longer come to see them "until this thing is over, by the power of Jehovah." Ma although westernized does not put aside her beliefs.

The other character is the Chief Clerk. "The next morning, at the office the Chief clerk, a son of the soil spoke bitterly about last night's provocation of Kitikpa by the headstrong youngsters who has launched the noisy fleet footed mask in defiance of their elders.."The Chief clerk also shows how he respects the traditions and beliefs of this town. Julius, on the other hand has being westernized to the point where he doesn't really believe in Kitikpa, or anything related to his own culture. After going for a walk with Janet, he decides to go along the bank of the river. "Being educated he was not afraid of whom he might meet, so he went to the bank of the river and just walked up and down it." During his walk he soon hears a gong. "He immediately set out for home, half-walking and half-running, for night-masks were not matter of superstition; they were real." This shows how suddenly Julius, although westernized finds himself face to face with this culture he had decided to put aside. While running, Julius finds himself stepping on to something and realizes that he has stepped onto this egg, this egg that was brought for offering. Soon enough Julius finds himself onto the ground hiding from these night-masks fearing for the worst.

You can see that Julius who had tried to run away from his old beliefs had finally come back to them and knew that by stepping onto the egg he had wronged Kitikpa. This story in general shows how people more often than we think forget about their origin, where they came from, and what their cultures and traditions are. "The trouble was that the disobedient youths had never yet experienced the power of Kitikpa themselves; they had only heard of it." Julius being there that night had experienced the power of Kitikpa himself. He knew his life would now be forever changed. Julius was now going to respect these beliefs he had long forgotten about.

In "The Sacrificial Egg," the fatalistic story, there is a similar display of narrative eloquence. The story deals with the psychological and physical toll exerted on people by a smallpox epidemic in an Igbo town, Umuru, in the 1920s. The people in town believe that the deadly epidemic is the handiwork of a local deity, Kitikpa, who is angry with the community, thereby emphasizing the power of superstition and creating an atmosphere of fear and helplessness. Achebe's interest, however, is in the plight of an individual within the context of a general calamity: "Julius Obi sat gazing at his typewriter. The fat Chief Clerk, his boss, was snoring at his table. Outside, the gatekeeper in his green uniform was sleeping at his post. You couldn't blame him; no customer had passed through the gate for nearly a week. There was an empty basket on the giant weighing machine. A few palm-kernels lay desolately in the dust around the machine. Only the flies remained in strength".

One of this story's intentions is to demonstrate what appears to be a conspiracy between colonialism, human failure, and nature in instigating the suffering of a community. The protagonist, Julius, is a Standard Six certificate holder who works as a clerk in the offices of "the all-powerful European trading company which bought palm-kernels at its own price and cloth and metalware, also at its own price". To the economic exploitation his community suffers at the hands of the imperialists is added the scourge of the smallpox, which, we learn, not only killed its victim, but also "decorated" the survivor.

The town itself has evolved from a small rural setting to a suburban locality, and with that have come a number of petty crimes and fear of the ghosts believed to haunt its big market. However, the thrust of the story is the tragic encounter of the protagonist with a deadly destiny through a doomed love affair. When Julius seeks the hand of Janet in marriage, he receives her mother's support because of his Christian faith. One fated day, however, Julius and his girlfriend part under foreboding circumstances. Julius is returning home in the night when he suddenly steps on a sacrificial egg. "In his hurry he stepped on something that broke with a slight liquid explosion... Someone oppressed by misfortune had brought the offering to the crossroads in the dusk". In a story dominated by traditional fatalism, there is an indication that one's destiny cannot be averted; this is why, despite Julius's firm attachment to the tenets of Christianity and his conviction that his education has freed him from traditional taboos, he seems to end up a victim of diabolic forces. Shortly after he breaks the sacrificial egg, his girlfriend and her mother become afflicted with the deadly smallpox virus. While the reader may well see the breaking of the egg as a foreshadowing sign and a reminder of the townspeople's superstition, it is clear that this is not the cause of the smallpox. However, for the actors in the story, the breaking of the egg and the deadly disease signal cause and effect.

thx a lot chinda, God helps u and good luck in the exams

A billion thanks chinda.

Blida Department of English: Free Stand to Stand Free :: The English Department :: Everything About the Modules :: Forth year